Folk is a 4-letter word.

“Touring with Justin, I really liked his sets.  I (of course) heard as many influences as in my own.  Blues, rock’n roll, rockabilly, country… I dug the simplicity of this songs and Justin puts on a nice solid, clean (in a good way) show… it was an honor to tour with the man!”

“One Trip Little is one part Cash, one part Elvis, & add a drop of Nick Cave’s deep voice, & you get a mixture of rockabilly, gospel, and outlaw folk that is sure to please fans across multiple genres.  ‘Cheap Bibles’ is a helluva romp – Staggering out of Tampa, creeping up the East Coast, and ending up doing time somewhere in the old Midwest”

“One Trip Little Goes to Cuba”

“Modern Folk music.  Generalizing it, you may be picturing hippies around a campfire singling ‘Kumbaya’ or Bob Dylan mumbling something into a microphone with an acoustic guitar in hand. Maybe even Woody Guthrie singing a hymn of activism. You are right to some degree, but you’re cutting yourself short if you’ve written it off with just those thoughts with no further want to dive into such an endless genre of music.  Folk has been around forever and has been a voice for the ever-changing times and feelings.

One Trip Little’s ‘Cheap Bibles’ album speaks for today.  It’s a dark album, not for the hippies around campfires, but for the lost soul in an empty dive bar.  The songs hit deep and take you places.  Some places many of you may have been. It’s a solid listen.  A solid recording.”

“A One Trip Little show usually starts with a hymn, offers some heartbreak in the middle and ends with a story… Just like life.” 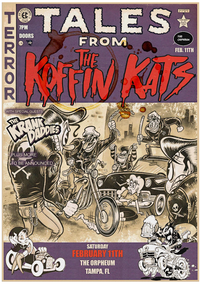 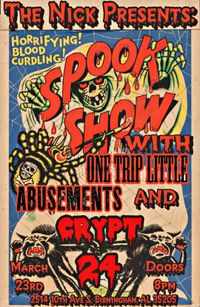 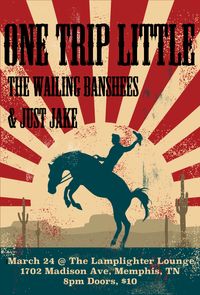 One Trip Little w/ No Loves, The Devilriders